The goal of this site is to connect with people and lead them into an authentic and growing relationship with Jesus Christ by creating environments where people are equipped to look up, look out and look within.

Fulfilling the Great Commission, in an atmosphere conducive to worship, fellowship and spiritual growth is the vision of the New Hope Church. Our Motto: Where there is no vision, the people perish. The focus of the Church is Mission, Christian Education and Evangelism. And we are "Keeping Hope Alive!"

On April 16, 1926, the Original Solid Rock Baptist Church was established under the leadership of the late Rev. Dotson and met at 2715 Washington Avenue in New Orleans, LA. As directed by the Holy Spirit, on March 27, 1930, the congregation changed the name of the church to New Hope Baptist Church. Upon the death of Pastor Dotson, the Lord called Rev. Freddie H. Dunn in 1952 to lead the New Hope Church. Due to the exponential growth of the congregation, a larger edifice was needed and in 1965 the church moved to its present location, 1807 Rev. John Raphael, Jr. Way (formerly LaSalle Street).

To better serve the needs of our continual church growth, Pastor Dunn had the vision to construct an Educational Building, which was completed in November 1985. Three years later, on February 23rd, the Lord called Pastor Dunn home and in March 1988, appointed Rev. John C. Raphael as the Under-Shepherd. Our membership continued to grow under Pastor Raphael’s leadership and additional ministries and programs were implemented. After 25 years of faithful service, on June 15, 2013, the Lord called Pastor Raphael home.

On July 26, 2013, Rev. Jamaal Weathersby was assigned by the Lord to serve as the Pastor of New Hope. Pastor Weathersby’s focus is to empower believers with tools to effectively enlarge the kingdom of God. He actively and intentionally seeks to fulfill God’s purpose for the New Hope Baptist Church and the community we serve. New Hope continues to be a beacon in the Central City community and throughout the metropolitan area of New Orleans. 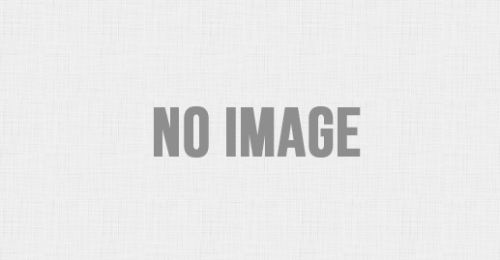 Arts and crafts, fiel trips, tutoring, guest speakers and other activities that will keep them coming back for more! Ages 5 - 17; this growing ministry caters to the spir...
Read more

Ministries for the building up of the sisterhood; serving, caring, sharing are the basis of these ministries.  WOH: Women of Hope (Adult Women in the Church) &nb...
Read more

Sets the stage for better understanding of the Word of God and is a comprehensive way of learning from one another and to receive encouragement to live by God's Word. Cla...
Read more

Visit and cater to the needs of sick members and those who are unable to attend worship because of medical and other debilitating conditions.
Read more

For those 55 and older enjoy fellowship, arts/crafts, field trips and much more.
Read more

Devoted men and women with the heart of a servant, attend to the pastor, ministers and visiting clergy on the pulpit.
Read more

Serves hot meals, gives away clothes and shoes, and an inspirational message to those in need. Every Wednesday from 12noon - 1pm.
Read more

Greet and minister to all who unite with the New Hope Church. Orientation classes are held each Sunday at 9:30am.
Read more