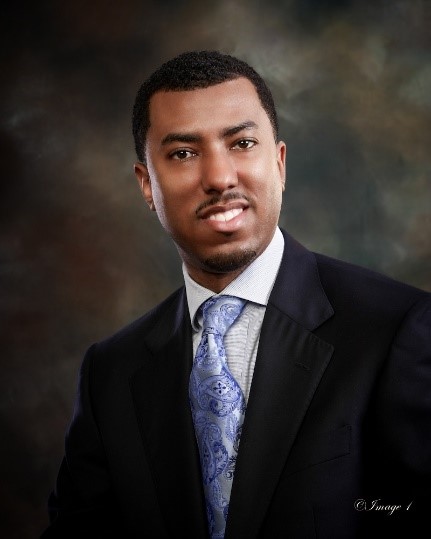 Rev. Weathersby is an ardent student of the Word and His focus is to empower believers with tools to effectively enlarge the kingdom of God. He is also passionate in his desire to build bridges between the Church and the Community, by meeting the spiritual and social needs of all. Pastor Weathersby’s ministry impacts persons from all socioeconomic classes, as evident by the plethora of community events he has led, such as, peace walks, community fairs and drives to distribute food, clothing and school supplies.

Rev. Jamaal Weathersby is the Pastor of the New Hope Baptist Church in New Orleans, LA. A native New Orleanian, Pastor Weathersby accepted his call as a Minister of the Gospel in 1997 as a teen. After receiving his license and being ordained, he was appointed Youth Pastor of New Hope by the late Rev. John C. Raphael, Jr. and was later appointed as the Pastor’s Executive Assistant. In 2012, Rev. Weathersby was elected pastor of Historic True Vine Baptist Church in Westwego, La. where he served faithfully for 18 months. On August 30, 2013 Rev. Weathersby was chosen by God to lead the New Hope Baptist Church.

Rev. Weathersby is a graduate of Loyola University in New Orleans, where he earned a bachelor’s degree in Psychology, with a minor in Religious Studies. He also studied at the New Orleans Baptist Seminary. Rev. Weathersby has been guest lecturer for the Faith and Values component of the Black Man Peace by Piece workshop hosted by Tulane University in New Orleans, and the keynote speaker for the Hour of Power at Loyola University New Orleans, graduations, panels, and other collegiate and community events. He served on the Board of Directors of the Dryades Street YMCA in New Orleans, the Foreign Mission Board of the National Baptist Convention of America, Inc., Vice Chair of the Foreign Mission Board of Louisiana Home and Foreign Missions Baptist Convention, and currently serves on the Advisory Board of the IC3, Church Growth and Development Conference.

Blessed to share his ministry across this country, Rev. Weathersby is married to the lovely Latasha Weathersby and they are the proud parents of two children: Kiley Kristian and Blaise Taylor.